Pandemic-related factory closures, transportation delays and port-capacity limits have stymied the flow of many goods and materials critical for home building. 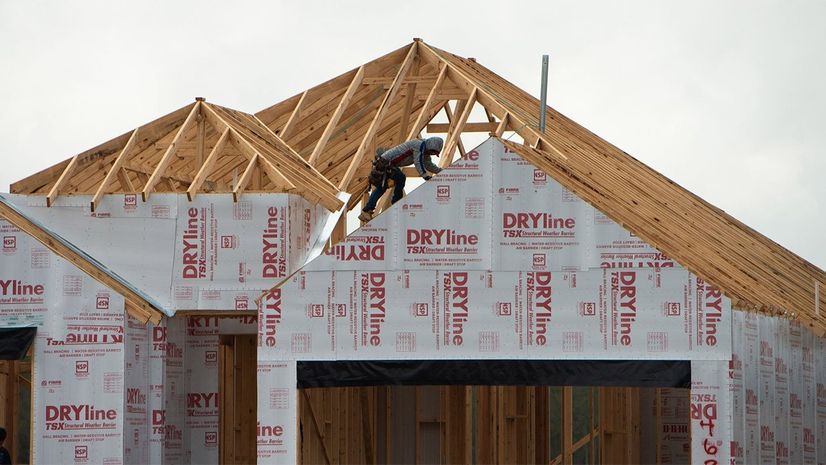 Home builders have increased activity in the past year in response to robust home-buying demand and a shortage of homes in the existing-home market. In many cases, the surge in demand in late 2020 and early 2021 overwhelmed builders, forcing many to halt sales in some markets while they caught up.

Now the industry is struggling with global supply-chain woes. Pandemic-related factory closures, transportation delays and port-capacity limits have stymied the flow of many goods and materials critical for home building, including windows, garage doors, appliances and paint. Freezing weather and power outages in Texas in February led to a shortage of resin, which is used in many home-building products.

While supply-chain delays for some products showed signs of easing at the end of last year, builders say it is still taking weeks longer than normal to finish homes. About 90% of home builders surveyed by housing-market research firm Zonda in November said they were experiencing supply disruptions, up from 75% in January 2021.

Delivery delays can cause a domino effect of rescheduling work crews, which is worsened by a shortage of skilled tradespeople in many markets.

Many builders so far have been able to pass increased material costs along to home buyers. But with home prices higher than ever—the median price of a newly built home in November rose 18.8% from a year earlier to a record $416,900—some builders are concerned about pricing out potential buyers. 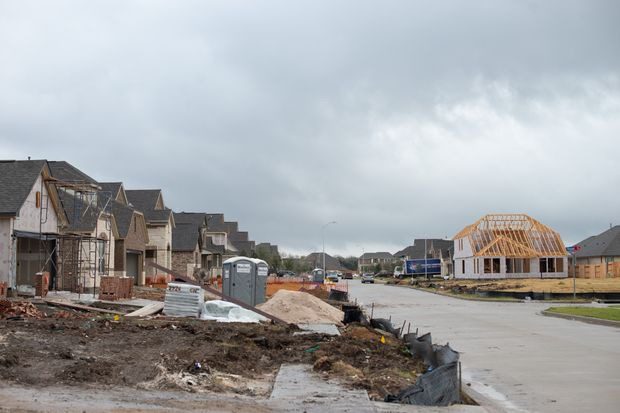 Coby and Tierrah Finger recently moved into a housing development in Fresno, Texas. (Brandon Thibodeaux for The Wall Street Journal)

Builders are scrambling to find new suppliers, stock up on building products and use substitute materials. Some are scouring retail big-box stores for products they can’t find through the normal supply channels.

That was the case with builder Epcon Communities in Dublin, Ohio, which bought metal shower grab bars online because they weren’t available through its typical commercial suppliers, said Stew Walker, Epcon’s vice president of construction. The company’s electrical subcontractor resorted to buying electrical boxes in hardware stores, he said.

“From one week to the next, the only thing we know is that we’re going to get notified of something else that is unavailable,” Mr. Walker said.

Epcon sold some homes last year without gutters and downspouts, then installed those features after buyers had already moved in, Mr. Walker said.

Homes by WestBay LLC in Riverview, Fla., has started ordering windows six months in advance, up from the typical 60 days of lead time, said President and CEO Willy Nunn. The company’s homes are 30 to 60 days behind their normal schedule.

“About the time we’re getting ready to pave streets in a new subdivision…we’re ordering windows for 100 homes,” Mr. Nunn said. 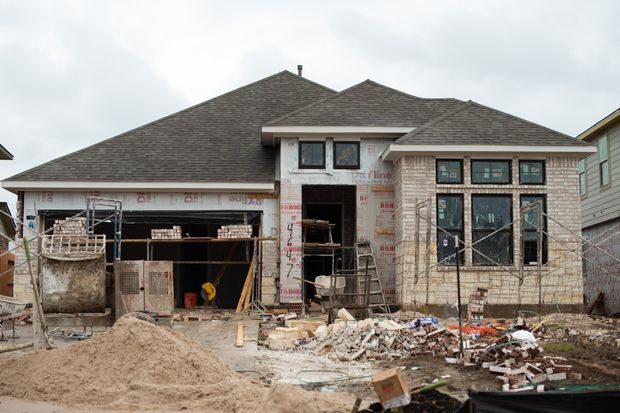 The Fingers signed a contract with their builder in January 2021 but were unable to move in until December. Building-supply issues forced the couple to select brick three times. (Brandon Thibodeaux for The Wall Street Journal)

Many builders are selling houses later in the construction process, when they can better predict their costs and schedule, said Ali Wolf, chief economist at Zonda. Some are limiting options for floor plans or design features.

“In the home-building industry, timeline is king, because there are so many moving parts,” Ms. Wolf said.

“It was spotty and across the spectrum—just hiccups in the supply chain that we just historically haven’t seen,” he said. A shortage of garage doors, in particular, prompted the company to “scour the Western United States” to find more, he said.

The delays are causing havoc for buyers who are planning moves. And if mortgage-interest rates continue rising, buyers might face higher borrowing costs if their home closings are delayed.

Coby and Tierrah Finger signed a contract with M/I Homes Inc. to build a new home in the Houston suburbs in January 2021 and expected it to be completed by August or September. That was convenient because their apartment lease was up at the end of September, and Mrs. Finger was due with their second child in October.

But construction was delayed by city permits, freezing weather in Texas and materials shortages. M/I Homes asked the Fingers to choose new exterior bricks three times, because the options they had selected were no longer available. The family moved in with Mr. Finger’s parents after their lease ended and were living there when their baby was born.

“It was incredibly frustrating,” Mr. Finger said. They closed on their home purchase Nov. 29.

M/I Homes said it faced similar supply-chain issues to those of other builders in the Houston market, and it has been upfront with buyers about delays.

Home builders have built up a huge backlog of uncompleted homes. The number of single-family homes currently under construction surged 28.3% in November from a year earlier to the highest seasonally adjusted level since 2007, according to the Commerce Department.

Homes by WestBay’s Mr. Nunn expects demand in his market to stay robust as more remote workers relocate to Florida. “This is a terrific environment for us long-term, but we have to get through this supply chain unraveling,” he said. 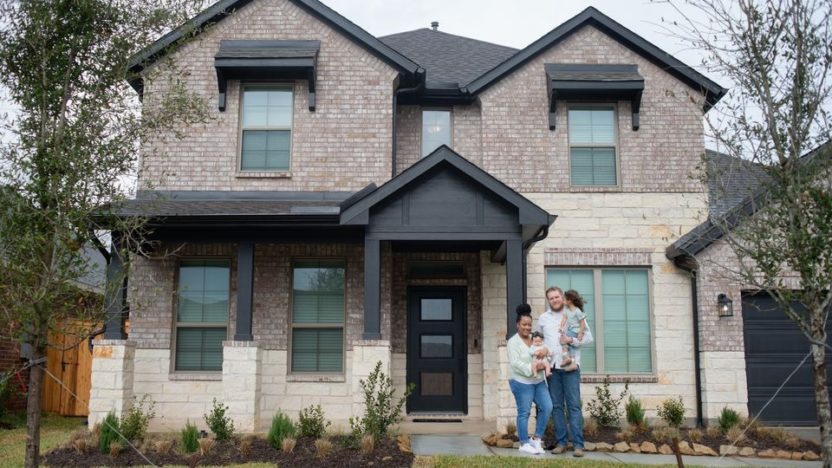 “It was incredibly frustrating,” Coby Finger said of the construction delays on the family’s new home. (Brandon Thibodeaux for The Wall Street Journal)

By Nicole Friedman, writer for REALTOR.com®