Home design trends that are expected to loom large in 2022 are an evolution of what started during the pandemic when life was disrupted, and more homeowners started reevaluating their surroundings. Cases in point: The rise of the home office and backyard pools.

In addition, each cohort has its own wish list: Baby boomers want lower maintenance and millennials want strong broadband connectivity.

One caveat: Know that there’s no universal agreement about what’s in and what’s out, even among our pundits who offered these ideas.

1. High-Speed Internet and Broadband: A home office or workspace remains essential for many home buyers, but if a house doesn’t have a good digital infrastructure, work-from-home buyers may not be interested, says associate broker Lori Hoffman with Compass in Chappaqua, a suburb of New York.“Young buyers coming from urban areas expect it, yet it’s not always available,” she says. Her advice is to make sure high speed is available for your buyers, and if it’s not, find an alternative before they invest. 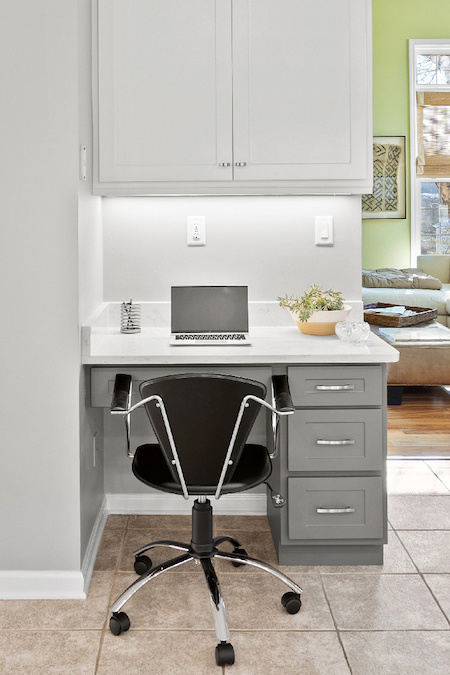 2. Quality, Quality, Quality: Location may still be king, but buyers want quality in building materials, systems, and appliances since they know how hard it is to secure materials due to supply chain disruptions and find a contractor who’s available and can get the work done right. “They don’t want inexpensive gray and white vanities with a composition top. They prefer something like a dark navy or sleek modern dark wood with a thick porcelain top, something that echoes Mid-Century style,” Hoffman says. They also want items personalized that suggest quality, such as a kitchen island that resembles a piece of furniture, says J.T. Norman, business development, product, and design innovation at Kitchen Magic in Nazareth, Pa. Buyers also prefer that original brick is left unpainted but with trim that’s accented with a dark color, says architect Eddie Maestri, founder of Maestri Studio in Dallas. 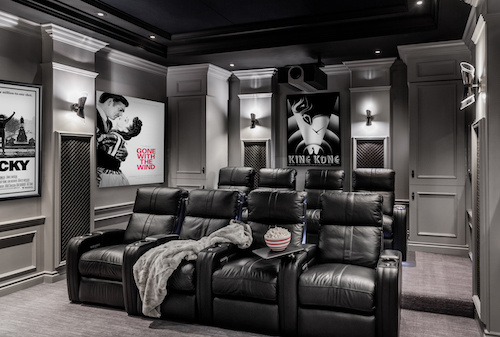 3. An Encore for Home Theaters, and a Welcoming to Yoga Studios and Sophisticated Lounges: After losing appeal because they took up too much space, home theaters are popular again as homeowners seek more at-home entertainment. Most are constructed on the first floor or lower level, says designer Joe Fava, CEO of Fava Design Group in Miami. A newcomer to the trends list is a yoga studio as homeowners look for ways to unwind and stay fit at home, he says. Maestri also has received more requests for an intimate living space—what he terms a lounge or parlor—that includes club chairs and a bar, but no TV. 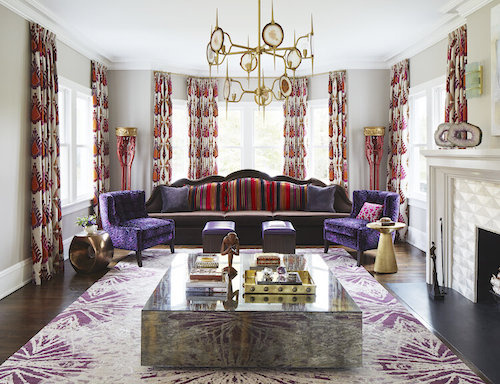 4. Purple is the New Grey (or Black): Once considered the color of royalty, purple has become one of the “reigning” requests in the increasingly colorful world of home design, says Scottsdale, Ariz.-based designer Julia Buckingham of Julia Buckingham Interiors. “It’s a jewel tone that is both rich and neutral as a base for bright or more earthy hues.”

In one project, she mixed it with a lively red and a natural stone chandelier. “It plays well with both vintage and modern, which makes my 'Modernique' heart very happy,” she says.

Norman says an earthy, khaki green is also a current favorite choice. Color expert Amy Wax of Your Color Source predicts the popular colors in 2022 will relate to nature. She anticipates softer greens, earthy taupes, warm browns, and off whites. We may also see a nod to happier times and a carefree lifestyle in the form of brighter teals, Kelly greens, peaches, and oranges. 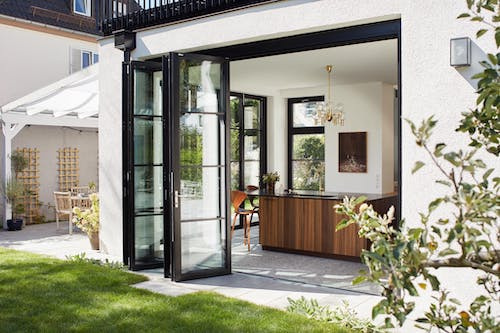 5. More Outdoor Changes: Having a yard or balcony remains a big draw for buyers, which gained ground during the pandemic. As homeowners spent more time outdoors, their wish list for that space evolved. Hoffman finds that buyers want a flat yard that’s more usable versus a hilly one. More people want a pool, so much so that many installers are booked into next year. Huntsville, Utah-based landscape architect Laurie Van Zandt of The Ardent Gardener says she usually designs one or two a year, but in 2021 she designed eight. A fire pit is also still high up on wish lists, but an elaborate outdoor kitchen with pizza oven and beer tap has waned in popularity—many found they rarely use these bells and whistles. What’s needed is a good 42” grill and cabinetry, says Chicago kitchen designer Mick De Giulio of de Giulio Kitchen Design.

When it comes to furnishings, Van Zandt says several clients have asked for nostalgic items that belonged to their grandparents such as a porch swing or wanted to reflect their heritage through plant choices, colors, or design items. They also favored less manicured gardens and yards with native grass seed blends.

Greenwich, Conn.-based landscape architect Janice Parker says she has started incorporating lighting that looks like it comes from a natural source, such as candles. In climates where bugs are prevalent or homeowners want to extend their outdoor enjoyment, there’s greater interest in screened porches, says home staging expert Kristie Barnett of Nashville-based The Decorologist. To connect outdoor or quasi-outdoor spaces to indoors, more homeowners are replacing windows with movable glass walls, says Norman.

6. Mid-Century Modern + Contemporary Chic: Design styles vary but there’s agreement that a house with Mid-Century Modern architectural details and home furnishings stay a favorite, followed closely by contemporary so long as the latter is warm and inviting rather than cold and spare, says Fava. 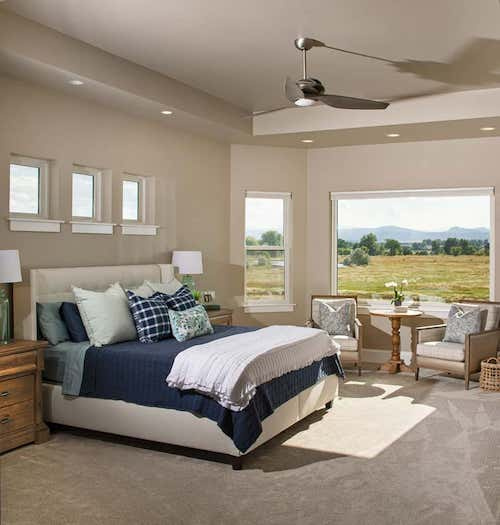 7. First-Floor Bedroom, Yes or No? Some experts say a house without a first-level bedroom is challenged. Not so, says Hoffman, who says it depends on who’s sleeping there. “It’s more important to boomers. My younger buyers considering a two-story home want all the bedrooms to be together on the upper level,” she says.

8. Open Plan Living? Yes, But… While there’s no single plan that appeals universally, Hoffman finds that most of her buyers still want an open concept plan. “A choppy plan with rooms broken up takes longer to sell, and the kitchen has to open to some sort of family room. However, the dining room can be its own room,” she says. When there’s a separate traditional living room, she finds her buyers ask, “What do I do with this room?”  Others say the openness between rooms is closing a bit. “Homeowners still want sightlines from a kitchen to family room, but they no longer need rooms in a row and prefer some separation, maybe, with pocket doors or an island,” says Maestri. 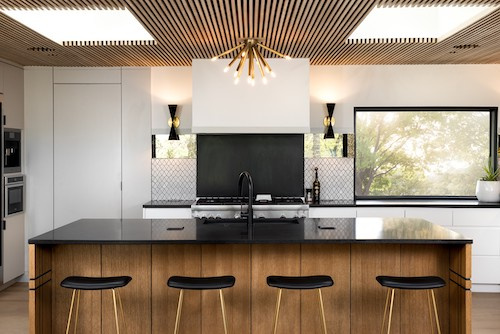 9. Maximalism: The minimalism of the last few years is fading, while maximalism is soaring. What that means is rooms are being filled with comfortable furnishings, rugs, art, and collections with character, according to Laurel Vernazza, home design expert at The Plan Collection, a company that sells house plan designs. The fresh look doesn’t mean crowded, overstuffed spaces. One way to achieve the look is by mixing materials together, like stones, metals (lots of bronze and less polished chrome and brushed nickel of recent years), fabrics with a nubby feel, different woods, and trendy matte black hues. “It’s a way to add richness,” says Fava, who finds clients want cocktail tables with several metal finishes or sofas with a metallic base. Another way to inject the look is to use curved elements instead of straight lines, such as arched openings, barrel-vaulted ceilings, curvy furniture, and curved walkways, says Vernazza. There’s also more architectural detail like fluting, Maestri says. 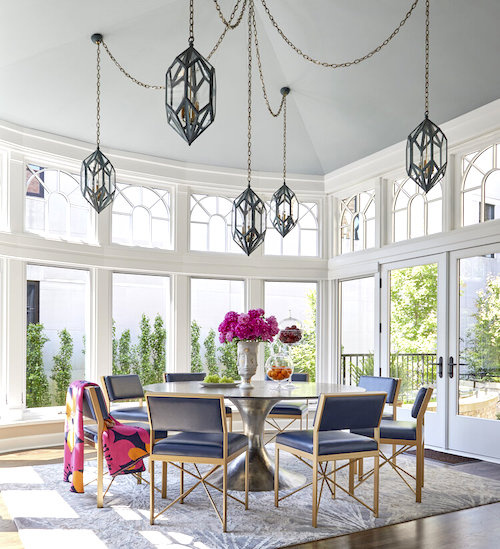 10. Spotlight on Ceilings: Periodically, the fifth wall of a room gains prominence. Now is one of those moments. The ceiling is being designed to stand out and be more attractive. Dated ceilings, such as those with the popcorn look, textured Styrofoam, or bumpy stucco are being targeted by homeowners for remodeling. Ted Speers, president of The Patch Boys, a national drywall, ceiling, and plaster repair franchise, suggests owners first test for asbestos, then scrape off the texture, repair the ceiling with drywall compound, and sand.

In upper-level rooms, designers like Buckingham make lighting fixtures the focal point of a ceiling or stairwell to create a modern art display that adds height, volume, and a light play when lit. But the caveat, she says, is that it can be a “beast to navigate the correct proportions and heights.” That’s where an interior designer can help. What’s out, she says, are small, mass-produced, lantern fixtures in an industrial or farmhouse style. Maestri likes to use high-gloss paint for reflectivity or wallpaper.

11. Smaller, But Not Tiny: Ever since author and architect Sarah Susanka published her first book on smaller homes in 1998, The Not So Big House, there’s been interest in how smaller homes can offer comfortable, functional living. Author Sherri Koones’ book, Bigger than Tiny, Smaller than Average, also explores the subject. Smaller houses—2,000 square feet or less—are in high demand but short supply. The reasons for their popularity, Koones says, are that people are getting married later, having fewer children, and boomers are opting for smaller houses if they downsize. Certain features help spaces look larger and function better, such as integrated outdoor areas, high ceilings, light-colored walls, open floor plans, well-placed windows, and niches and hallways that serve as workspaces. 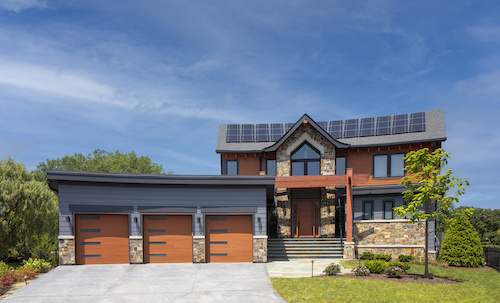 12. All-Electric Homes: More homeowners understand the importance of “decarbonizing” everything from products to transportation, and especially their homes, says Chicago- and Boulder, Colo.-based architect Nate Kipnis, FAIA, LEED AP of Kipnis Architecture + Planning.“The way we can best do this is by eliminating all fossil fuels use from houses and including induction cooktops rather than gas for cooking, which offers safer, faster, and more even cooking,” he says. Kipnis recommends using either an air-source heat pump (mini-split) for the HVAC system or a ground source system (geothermal). The big payoff, he says, is that renewable energy has become the cheapest form of electricity generation. 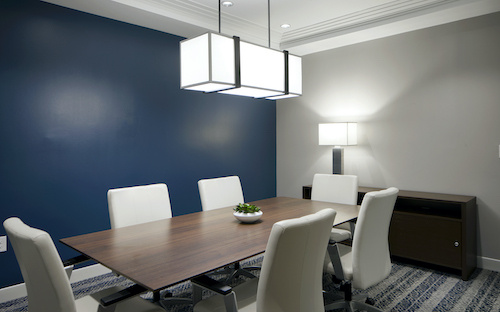 13. Multifamily Breakout Spaces: The pandemic taught developers and managers of multifamily buildings the importance of flexible, shared spaces for socializing and work—termed breakout rooms by some. All the buildings that Keith Gillan’s Maryland-based firm Murn Management runs include such spaces for shared use, plus smaller conference rooms on each residential level. Another change in his company’s buildings is bigger residential units to enable working from home. “It’s not that much more expensive to do so at the beginning of the design process and be sure every apartment has a den,” Gillan says.

Barbara Ballinger is a freelance writer and the author of several books on real estate, architecture, and remodeling, including The Kitchen Bible: Designing the Perfect Culinary Space (Images Publishing, 2014). Barbara’s most recent book is The Garden Bible: Designing Your Perfect Outdoor Space, co-authored with Michael Glassman (Images, 2015).