You’re probably aware that you have to disclose any known physical issues with your house when you’re selling it—such as termites or a cracked foundation. But did you know you might have to disclose spiritual problems, as well? 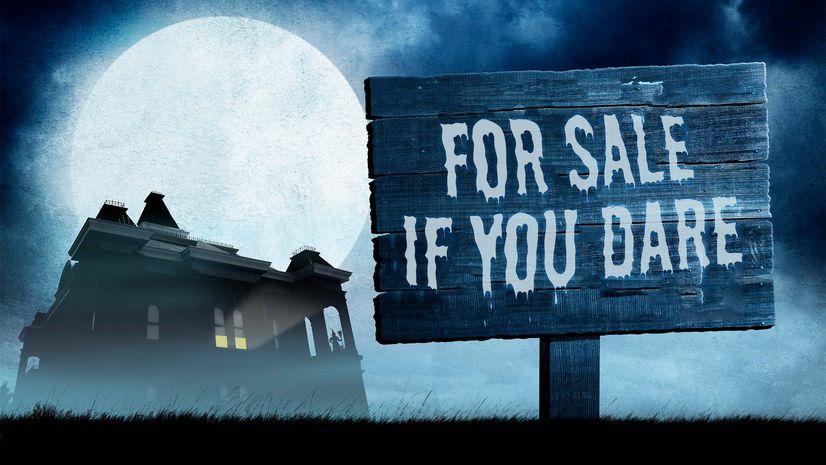 In New York’s Stambovsky v. Ackley (commonly known as the “Ghostbusters” ruling), the court decided that if homeowners have claimed publicly that their home is haunted, they can’t turn around and deny that it’s haunted when they try to sell it.

The bottom line? Be careful if you go mouthing off about things that go bump in the night. Joking or not, you might have to disclose it to prospective buyers—or risk losing the deal or—worse—getting sued. Yes, you can get sued over ghosts... Scary!

Here’s what you need to know about how to make sure you’re legally covered when selling a home you think might just be haunted.

1. Make sure you really live in a haunted house

Naturally, when you tell people your home is haunted, there are going to be some different reactions.

Some people will think you’re nuts. Others will be intrigued and will want to hang out at your place to see if the walls bleed or your refrigerator houses an ancient demon.

So, if you like company, advertising your home as haunted can actually be a plus.

But more likely, you’re heading down a rabbit hole that’s probably best avoided. Before you start spouting off to friends, family, and random strangers on the street about your place being haunted, rule out every other reasonable possibility first.

News flash: Just because lights turn off and on by themselves, that doesn’t mean you have a ghost.

“Flickering lights can be an electrical problem and potential fire hazard,” says Bonnie Vent, a medium who runs a website with listing of purportedly haunted homes. “I always recommend that a homeowner have an electrician come out and do a full inspection. Electric gates opening and closing by themselves can be a faulty sensor.”

If you’ve had the house inspected and still notice seemingly paranormal activity, Vent recommends keeping a log of it. After a while, you might recognize a pattern that can establish whether something paranormal is really occurring.

Let’s say you keep a record of the weird happenings in your home, and you’re pretty darn sure you have a spirit.

Remember this: Much like the existence of your stockpile of signature edition “Golden Girls” collector plates, there’s no reason to actually tell other people about it.

The reason why the buyer prevailed and was able to back out of the contract in Stambovsky is because the owners had bragged about their home’s supernatural reputation in Reader’s Digest and local newspapers.

Had the owners kept any paranormal happenings to themselves, the buyer would have had to prove in court that the house was haunted and that the sellers knew at the time of closing. You think that’s easy? That’s not easy.

In fact, most judges would have probably laughed that case out of the courtroom. Stambovsky wasn’t really so much about the existence of ghosts, but the importance of disclosing the reputation of a home when selling it.

“In no way does the law make a decision on haunted or not haunted,” Vent says. “It is about the reputation of the property and the potential buyer’s right to know.”

3. Then again, it could be a selling point

If you truly think your house is haunted, but you’re worried that disclosing that fact might kill the deal, keep this in mind: It could work in your favor.

Maybe your prospective buyer ain’t afraid of no ghosts. You could tell them they’re moving into the next Amityville Horror house, and they might laugh it off and move right in. A lot of buyers are just looking to save money, regardless of a home's reputation.

“I would say in New York City, it happens fairly often—anything prewar, and especially downtown in the Village,” says Mike Fabbri, a licensed real estate agent in Manhattan. “[It’s] more just a vibe or energy that can be felt. But I’d say it’s never usually a deterrent.”

In fact, Fabbri (who has a “personal fear of the paranormal”) even refers his clients to a spiritual healer who does sage cleansings of their new homes.

You might ask your real estate agent what reaction they’ve gotten in response to haunted houses in the area. If you’re in an area with a big market for old homes, buyers might accept a little hauntings as part of the deal. It’s important to stay informed and team up with the right agent. Here’s how to find a real estate agent in your area.

4. Deaths on the property have different legal implications

Realistically, few of us will probably ever deal with the issue of buying or selling a haunted home, but that doesn’t mean that the reputation of a home is never an issue in a sale.

The law recognizes “stigmatized properties”—homes where murders, suicides, or criminal activities have occurred in the past.

Other states, such as Arizona and Indiana, have specific statutes on the books that don’t require the seller to disclose anything about whether the property is stigmatized. The best option? Check with a Realtor® in your state if you’re unsure about what you need to tell prospective buyers about a home’s history.

And leave the lights on tonight. Just in case.

Warren Christopher Freiberg is an attorney and freelance writer living in Chicago. He has previously written for Den of Geek US, TechnoLawyer, and Hustler.