You’ve probably heard about some of the challenges of buying a home these days. Stories are splashed across news sites and whispered among friends and neighbors, about homebuyers mired in insane bidding wars, going way over asking price, and still not getting the house. 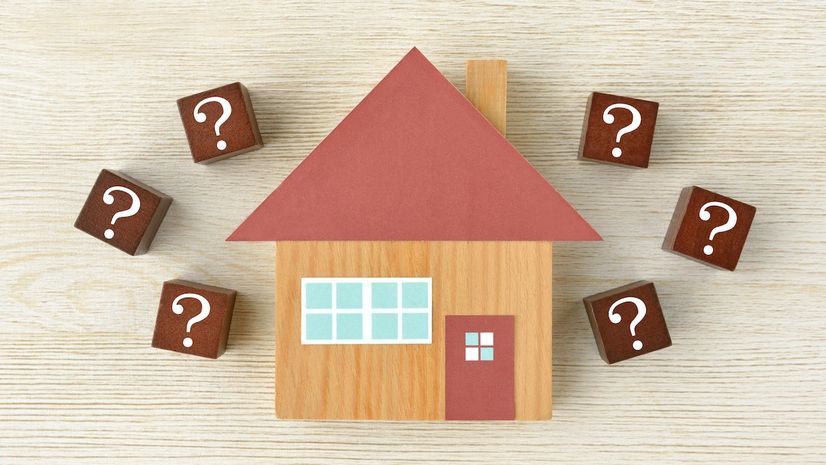 Daunted and dejected, homebuyers have also heard heaping earfuls on what to do, from “wait it out” to “waive your home inspection” and other extreme measures. Yet amid this frenzy of well-meaning chatter, the thing to remember is that real estate markets can change quickly, and much of what you’ve heard may not even be true—at least, not anymore.

“A lot of homebuyers are coming in with some trepidation because of the media hype around the market,” says Chris Arienti, broker and owner of Re/Max Executive Realty in Franklin, MA. “The market has been such a seller's market, and there’s a million offers on homes. While that was true six months ago, we’ve seen a cooling-off period.”

To help homebuyers navigate this ever-changing terrain, here’s a look at six myths you’ve probably heard about buying a home, and why they might not necessarily be the reality right now.

Even though there are fewer homes on the market, higher prices, and intense competition, experts insist that, despite the odds, it’s actually still a good time to buy a home. For one, the market is finally starting to soften. Combine that with low mortgage rates, and this spells a fantastic opportunity.

“Interest rates are at a historic low,” says Tony Rodriguez-Tellaheche, owner and managing broker of Prestige Realty Group in Miami. “If you can get a 30-year fixed-rate loan at an all-time low, it makes all the sense in the world to purchase property right now.”

2. ‘I’ll have to waive a home inspection for my offer to stand out’

Though it’s a risky move, many potential homebuyers have waived home inspections recently as a way to speed up their purchase and make their offers more attractive to sellers. But by now, most buyers have begun to change their tune on this.

“As the market is starting to change, we are seeing fewer homebuyers being this aggressive, although competition still exists,” says Jason Gelios, a real estate agent with Community Choice Reality in Southeastern Michigan.

Arienti agrees, saying buyers in his market are insisting on home inspections again, and using the inspection as a way to negotiate repairs or the home’s price, something few were doing earlier this year. And for good reason: Waiving a home inspection can be risky for buyers since they’re responsible for any repairs or maintenance issues that come up after the sale.

3. ‘I’ll need to bid tens of thousands over list price’

Over the past year, median home prices have soared to nearly $360,000—18% higher than last July, according to the National Association of Realtors®. As such, bidding over the asking price is something most buyers still need to consider, says Scott Bergmann with Realty ONE Group Sterling in Omaha, NE.

Yet buyers aren’t offering as much over asking today as they were a few months ago.

Over the summer, in his market in Southeastern Michigan, Gelios says buyers were offering more than $40,000 over the list price and waiving appraisals.

“Fast forward to September 2021, and we are still seeing offers over asking price, but not that many compared to several months ago,” he says.

Rodriguez-Tellaheche says he’s seen buyers offer up to 40% over the asking price (and sometimes still not land the home), but now it’s more like 10% above the list price.

Bidding wars for real estate have been common in 2021, as there have been more buyers than homes on the market. Some buyers were left disappointed when their bids didn’t make the cut.

While the market is still competitive, Arienti says homes in his area aren’t receiving as many offers these days—maybe one or two instead of dozens from a few months ago. That’s leading sellers to adjust their expectations.

Still, some buyers may still need to bid on several homes before getting an offer accepted, so Arienti urges buyers to not get their hopes up too high about a home until they have a sales contract in hand.

Mortgage companies typically require a home appraisal before approving a loan. But when a home appraises for less than what a buyer offers to pay, the buyer is often stuck paying the difference, known as an appraisal gap.

Rodriguez-Tellaheche says that over the past few months, it’s become common for buyers to pay for the appraisal gap, as many were submitting offers a lot higher than the home’s list price. Many buyers making cash offers waived appraisals altogether.

Yet waiving appraisals and agreeing to cover appraisal gaps aren’t happening quite as much anymore.

“A lot of buyers just got fed up in the spring, and they hopped out of the market,” Arienti says. “That changed the stance of a lot of sellers.”

6. ‘I need a perfect credit score to get a loan’

Today more than ever, a high credit score and a solid financial history are necessary for getting pre-approved for a mortgage. But this doesn’t mean your credit score has to be perfect.

Bergmann says he often encounters homebuyers who think they need a credit score in the 700s.

“Although a 700 or above does help your interest rate, it is not a requirement for most lenders,” he says. “If you have a 640 or above, you could potentially be pre-approved; you may just have a higher interest rate.”

If your credit score is a little lower and you’re offered a higher interest rate, you can purchase mortgage points to lower that rate. In his area, Bergmann says a point costs 1% of the purchase price and lowers the interest rate by 0.25%.

Erica Sweeney is a writer whose work has appeared in the New York Times, Parade, HuffPost, Business Insider, Money, and other publications.