Many Americans admit to being superstitious when it comes to choosing what home to buy—in fact, they say if a home feels unlucky, they aren’t buying it. More than a third—or 38%—of Americans have decided against buying a home because of superstition, according to a newly released survey from LendingTree of about 1,500 Americans. And consumers who find their self-described lucky house are willing to pay even more for it. 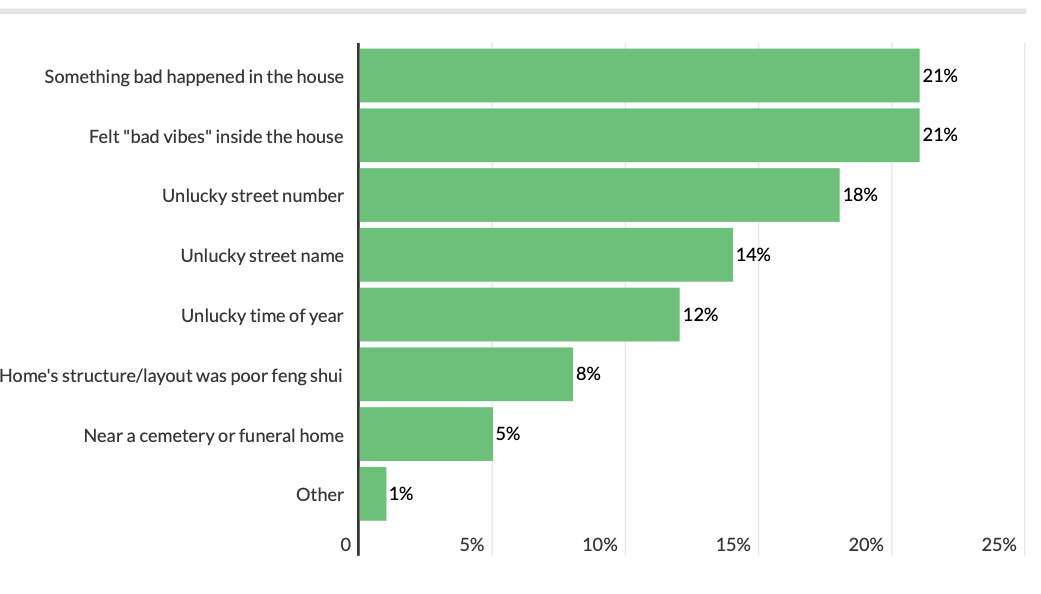 Source: LendingTree survey of 1,550 consumers conducted Feb. 19-22, 2021. Only those who chose not to buy a certain home due to luck or superstition answered this question.

Homes a buyer perceives as lucky can nab more at resale. Nearly 47% of survey respondents say they would blow their budget for a lucky house—and are willing to go an average of $38,000 above their range for the home, the LendingTree survey shows. What qualifies as a lucky home? More than a third of buyers say they’d pay extra for a home whose street number was their lucky number.

The younger generations appear to be the most superstitious in real estate—55% of Gen Z and 50% of millennials said they’ve bypassed a home because of something related to luck or superstition. Overall, men are more likely than women to decide against buying a particular home because of superstition, at 51% of men and 37% of women.

Here are some additional findings from the LendingTree survey:

Source: "Nearly Half of Americans Would Burst Their Budget for a "Lucky" Home," LendingTree (March 16, 2021)