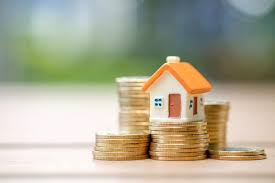 Housing is giving a boost to the economic recovery and housing inventories. Single-family and multifamily construction jumped nearly 23% last month, the Commerce Department reports. This marks the highest production rate since February.

Broken out, single-family construction jumped in July by 8.2% to a seasonally adjusted annual rate of 940,000. The multifamily sector, which encompasses apartment buildings and condos, rose 58.4% to a 556,000 pace, the Commerce Department reports.

“The market is being buoyed by historically low interest rates, a focus on the importance of housing, and a shift to the suburbs as more buyers are seeking homes in suburban communities, exurbs, and more affordable low-density markets,” says Robert Dietz, the NAHB’s chief economist.

New construction for single-family and multifamily units now nearly matches pre-pandemic activity from the first quarter. “Such growth is needed to steadily relieve the housing shortage,” says Lawrence Yun, chief economist of the National Association of REALTORS®. “This kind of growth is also a major contributor to local economic recovery.”

However, Yun cautions that the increase in multifamily units may lead to an oversupply of apartment buildings, notably in city centers where there has been some shift in consumer preference for single-family homes in the suburbs during the pandemic.

On new-home construction, buyers may face higher prices. Builders caution that an increase in lumber prices—by more than 110% since mid-April--is adding about $14,000 to the cost of building each new single-family home.

Nevertheless, high buyer demand is still increasing the construction of single-family units, a sign Yun says is “welcome.” Housing inventory nationwide for homes for sale is down by 19% from a year ago. “There is intense buyer competition in the market as a result,” he notes. In particular, the Western region of the U.S. is seeing competition, as new-home construction is not rising as much and the inventory shortage is most pronounced.

Combined single-family and multifamily starts saw the largest jump last month in the Northeast, increasing 9.3% annually, followed by a 5.9% increase in the Midwest and a 5.2% uptick in the South. The West saw the lowest increase but still rose 1.4% annually.

Despite the recent increases in new-home construction, Yun predicts inventory shortages will remain problematic for the remainder of the year but sees an opportunity for a more balanced market with housing supply in 2021.

Housing permits, a gauge for future construction, rose 18.8% to a 1.50 million unit annual rate in July, the Commerce Department reports. Single-family permits jumped 17% while multifamily permits increased 22.5%. Housing permits were highest in the South, up 5.4%, and the Midwest was up 3.2% annually, but permits were down 6.2% in the Northeast and by 1.6% in the West.