Millions of Americans have relocated this year due to the COVID-19 outbreak, according to the Pew Research Center. New data released this week shows that 22% of Americans either moved or know of someone who did. 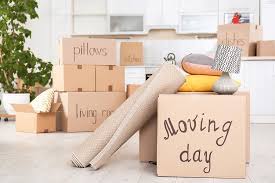 The reasons vary, researchers say, such as college students moving out of dorms as schools closed abruptly, homeowners and renters leaving communities perceived as unsafe, and people moving from housing they could no longer afford. The findings are based on a survey conducted in early June of nearly 10,000 people.

Young adults have been the most likely to move. Thirty-seven percent of those ages 18 to 29 said they either moved, someone moved into their home, or they knew someone who moved because of the pandemic.

Overall, 28% of those who have moved during the pandemic say the most important reason was to reduce their risk of contracting the virus. An additional 23% say it was because their college campus closed, 20% said they wanted to be with family, and 18% said it was a financial decision driven by either a job loss or another money-related reason.